Venice emerges from the waters of the sea likes a colorful film set.

Suspended between reality and dream Venice is going to seduce you just in a sight.

Today I want to talk about Venice, the most romantic place I’ve ever visit. Lots of people believe that Venice is only for couples in love but I totally disagree with this topic. Venice is truly magical itself and even if it seems to be plunged into another world it’s all real.

Venice is the capital of the Veneto region in the north of Italy. You can arrive by plane to The closest commercial airport is Marco Polo Airport or Treviso Airport that is usually cheaper and then catch a bus to the city. Once you arrive at the bus stop you need to take the Vaporetto, a boat that is like a bus there. Il Vaporetto cost 7 euros and there are many different stops that bring you around the city. I recommend don’t sit inside and remain standing in the prow to be able to take incredible pictures of the buildings that seem to emerge from the waters of the Grand Canal. 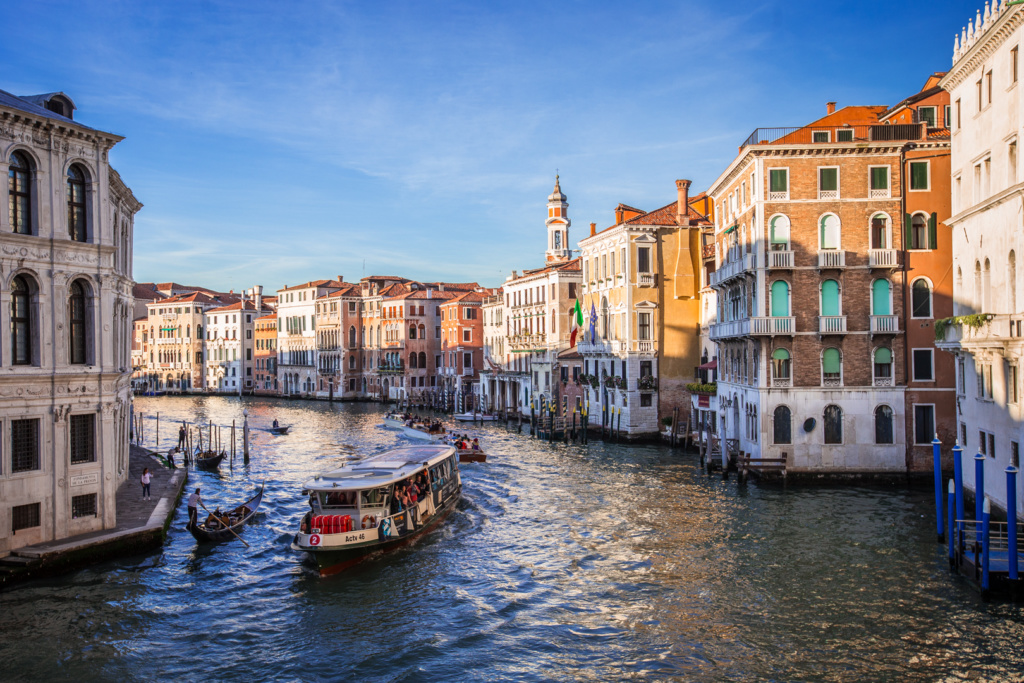 The city of Venice extends over 119 islands and in the late Middle Age was the greatest seaport in Europe.
Nowadays is the major Italian port in the northern Adriatic Sea and one of the world’s oldest tourist and cultural centers. Venice is a work of art itself, listed as a World Heritage Site.

I traveled there with Megumi my Japanese friend and after looking for a room on Airbnb that was totally impossible we opted to book a cheap hostel in the old town and I have to say that it was quite expensive for a seedy room. However, the important for us was the location and the price. We were 5 minutes from Rialto Bridge. Venice is an expensive city nevertheless doing this post I found a bargain that you can use: Hotel Bernardi, it looks nice, cozy and cheap!

The first thing we decided to visit was Piazza San Marco, the principal public square of Venice and we were overwhelmed with so much beauty. Napoleon referred to it as the ‘drawing room of Europe’. The cathedral of San Marco is an example of Italo-Byzantine architecture. Opulent, with ground mosaics, columns, fences, marbles, sculptures with 5 domes this cathedral has the nickname of Chiesa d’Oro (Golden church). If you look up in the central portal of the basilica there are golden and silver bronze horses which were raided from Constantinople and placed there. We didn’t go inside the church because we didn’t have much time and the line was huge but in my opinion it deserves it! Is important to buy the tickets online to avoid a queue.

Another place you can’t miss in Piazza San Marco is the Palazzo Ducale a masterpiece of the Venetian Gothic. The palace was the residence of the Doge, the supreme authority of the former Republic of Venice, opening as a museum in 1923. The oldest part is the wing looking the lagoon with 14th-century sculptures on its corners. Be sure to step back and admire the façade as a whole work of art.  Lastly, you have Torre dell’Orologio, a clock tower built between 1496 and 1506 by Maurizio Codussi. Note that there is no lift and the stairs are steep and narrow. 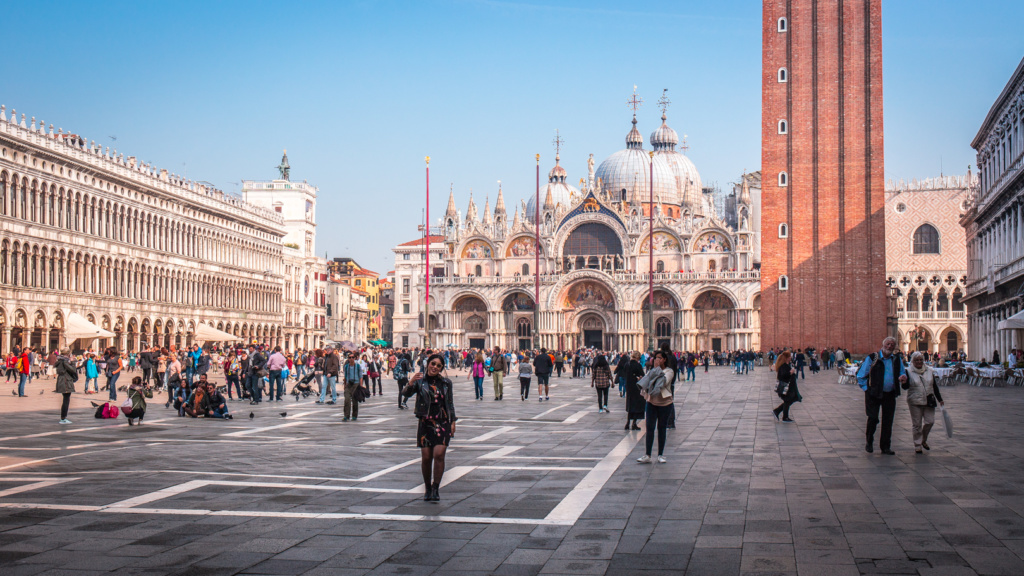 For lunch time I want to recommend “Pizza al Volo” it is near San Marco and delicious, cheap and quick.
After lunch, we wonder through the narrow streets and bridges. If you have the passion for photography is lovely to go to a bridge and make pictures from another street. 5 of the most beautiful bridge are Ponte degli Sgalzi, Ponte dell’Accademia, Ponte della Paglia, Ponte dei Sospiri, Ponte di Rialto. The last one is the most famous because it was the first one and it is always crowded, we should wait to be able to lean out but you get a perfect picture of the Grand Canale with all the boats going up and down.

If you are thinking in a gondola ride you have to prepare 80 euros. Some people believe it is a must-do experience in Venice but for 7 euros you can take the Vaporetto and do a very similar experience.
I asked Megumi if she wanted to do a gondola ride and she said: “we are not on a honeymoon”. However, I give you a link where you can book and get information.

One thing you must do in Italy at some point is to eat an ice-cream even during winter time. One afternoon we were just having a walk and us so an ice cream shop with lots of people inside doing a line so we stopped. It was SuSo a very famous artisanal ice cream shop with a great selection of gelato including a number of vegan options.

Another recommendation for passionate about photography brings with you the tripod because for me the best Venice is when the light begins to fall and everything becomes more magical. Strolling at night and taking photographs of bridges, canals, boats, and squares have been one of the best sensations of the trip